Day Two and the singing begins!

It isn't difficult to understand people's trepidation when they hear that an artist is going to 'curate', 'intervene' or 'interpret' within a traditional museum space. So today was always going to challenge the visitors but it gave me a fantastic opportunity to gain some honest feedback.
I am fortunate to know some wonderfully talented people and for today's project I called on the skills of my friend and fellow artist Deirdre Ashton as she adds choral singer to her list of attributes.
One of the first avenues I wanted to explore with this project, was to ask if it was necessary to learn about an artefact, just by looking at it. Was it possible to find another way of describing it, without it being in front of the spectator? The joy of working with someone who thinks like you, is when you approach them and you say 'I'm thinking about getting you to sing the collection', they say 'Fantastic, when do you want me?' De not only responded like this but brought a wealth of ideas to the concept too, including the flexibility of adapting what we thought would work as we went along. 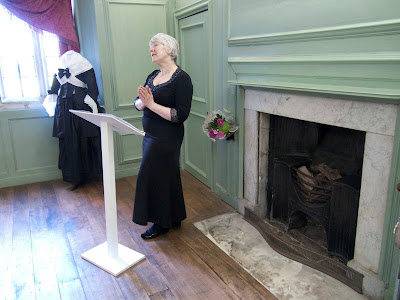 So we began this morning, having planned three performances during the day, and I had written for De, descriptions of five specific pieces of the Georgian collection which she proceeded to deliver in a variety of singing styles. After each of the days performances which I filmed, I also sought the opinions of willing members of her audience in order to ascertain what they thought about the project as a whole. 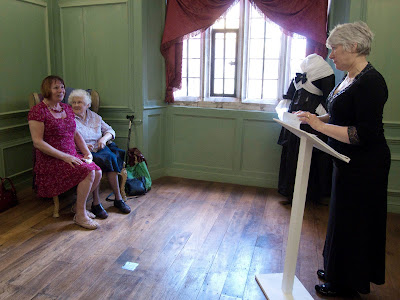 Between performances, in order that the room was not left abandoned, I assembled a variety of footage for the visitors to watch. 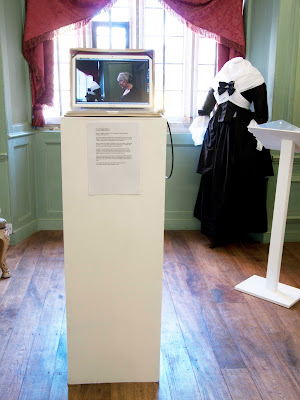 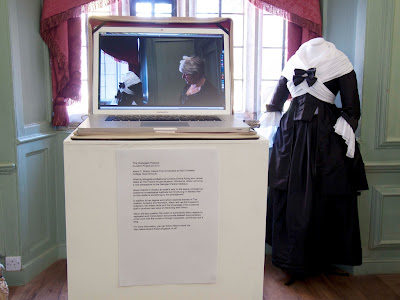 Now as an artist, feedback is always valuable, regardless of whether it is positive or negative. In fact, as long as it is given constructively, it isn't really possible to get a purely negative response as it is an opinion and can be worked on and responded to. I was aware that throughout this residency, I was not going to have a 100% agreement with what I was proposing, but that that was the point, to gain the audience's opinion. Today I have had both, but thought that I would share one visitor's written feedback as it is as valid as anyone's and will be something for the museum to consider in future.

I quite understand that not everyone enjoys sound, no matter how it is delivered and this, together with the film I have gathered today, provides me with excellent framework to present my findings to the museum. Come back tomorrow to find out how Day Three's project was received...